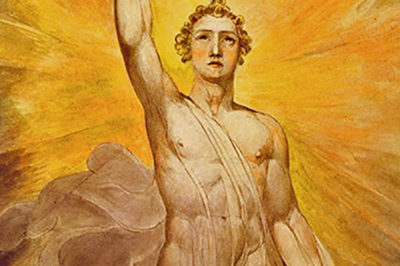 There is much misunderstanding in the minds of the students of truth as to what is really meant by the word Gnosis. The word itself is a Greek word meaning knowledge, but it does not simply refer to the popular view or the assimilation of a lot of facts and figures. Gnosis refers to the deep inner knowledge relating to the true make-up of things: of the Cosmos in toto and of that Cause behind all manifestation: it transcends the doctrines and dogmas of any religion, ideology or creed; nor is the Gnosis related to any particular religion or following.

The Christian student comes across this word in St Paul’s writings and it is used occasionally in the Gospels; and in one account by Jesus (Luke 11:52). To the Christian, Gnosis indicates the true knowledge of God. Whatever a sect or religion makes out of this can be purely speculative based upon personal concepts of what one believes the text matter to mean. This can have many variations according to how one has been brought up (programmed) to think in one’s youth or to what ethnic group one belongs – such is the complexity of a true interpretation of the Gnosis. Modern scholarship tends to separate the meaning of Gnosis from what is popularly understood to be Gnosticism – in just the same way as the true student of the Gnosis separates the true meaning of Christ from Christianity. It was in fact the institutionalised Church which classified any teachings other than their own particular doctrines and dogmas as Gnostic, and any teachings or practices they did not like they regarded as heresy, they labelledGnosticism in order to perpetuate a campaign of hatred against them, especially those groups which taught their people to be self-reliant or were conversant with the so-called occult practices, irrespective of whether or not these groups knew or taught the Gnosis or not. 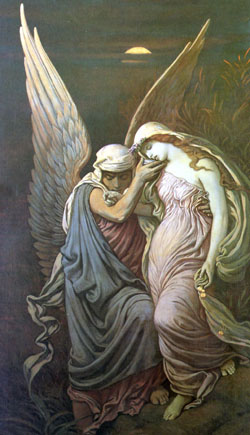 The true Gnostic is not really interested in complicated hypotheses or theological debates on matters which can only be pure speculation. The True Gnosis does not entail elaborate rituals, nor a belief in a dogmatic or in a crystallised philosophy. The quest is for genuine truths, no matter what ridicule or rebuffs one gets from society in the seeking. The aspirant also seeks to live by the evidence he or she can prove by personal experience and application or proven truths given by the great teachers themselves – the supreme understanding that Love transcends every law and dissolves all whims and fancies of the human habit of supposing or debating on mere hypotheses. It could be said that the correct interpretation of the word Gnosis is ‘the knowledge of the things that are.’ To understand this statement places one in a position to be sure of life, and faith and purpose are strengthened.

Institutionalised religions in persecuting the Gnostic groups forfeited their entry into the deeper mysteries of God and in the process they destroyed the intuitive heart of their religion, and now they find themselves grasping at straws to attract congregations – in the many cases using quite unusual methods in this struggle. They forget that God rules the Earth – not man – they forget the basic tenets of tolerance and forgiveness – they also forget that man’s policies and philosophies come to naught and that the meek will inherit the earth.

The great institutions with their archbishops, bishops and learned doctors; their vying with politics of a doubtful nature, mean nothing to God. Jesus foretold a new priesthood – a priesthood wherein every man and woman will serve in purity and simplicity as pure channels for God’s Love to be shed abroad upon the world. Everything will be accomplished according to God’s law and those that do their own thing, or that which they think best, will be forgotten when Love Rules. ‘Fabric Funds’ and missionaries are shackles to society and the soul, organised ‘charities’ will need to disappear to enable the true spirit of man to emerge.

The use of scriptures in Gnosticism is mainly empirical. The adherent to the Gnosis is taught to rely fully on his, or her, inner light rather than in the literal content of written material. After all, no great teacher actually wrote anything down; records are written from observation according to the degree of accuracy of the observers. Those who try to understand the Gnosis from the outside cannot really comprehend the truth of the matter for these people are under the illusion that the Gnostics actually believed what was written. This view is illogical since, if the Gnostics are relying on their own inner knowledge, then the Gnostic Gospels are secondary and are in fact only materials from which to introduce speculative discussion. The problem to the outside researcher is his own degree of religious or social indoctrination, falsely believing that because ‘Christianity’ taught belief in an historical Jesus he cannot comprehend that this selfsame Jesus takes on a greater dimensional meaning in the true Gnosis.