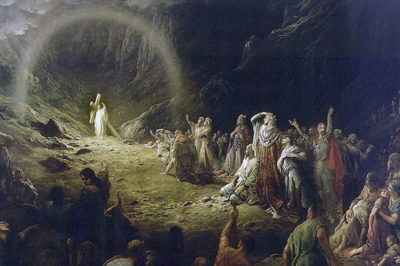 True religion is based upon the premise that Truth, or the way of life as it really is, cannot be understood by a materialistic approach to life. Questions arising with regard to the materialistic approach and the true spiritual approach differ enormously because organised religion fits its tenets into crystallised ideas on life and being that create fear in the minds of those people who are then afraid to follow after their own heart lest the devil should snatch them into hell; whereas the true religion does not limit our search and findings to set forms and dogmas.

Over the last century more information was made available to the general public about the origins of the Christian Church and it is known that it was at the Nicene Council in 325 A.D that certain dogmas were arranged at the behest of the Emperor Constantine who gave authority to beliefs put together by those Bishops who were present at the Council. It was an attempt to create a ‘religion’ to which all people should subscribe to bring harmony to the Roman Empire – but many of the Bishops withdrew before the final plan was drawn up. Thus a system was brought in which made all the European Christians slaves to an invented dogma, and subject to the ‘absolutes’ that the Church pronounced in the way of religion and science. We find that the idea of original sin did not enter into the Church until this time – meaning that before the fourth century the idea of sin and the devil was not taught and we find no such indications in the first-fruits of the teachings of Jeshua, and much earlier teachers. 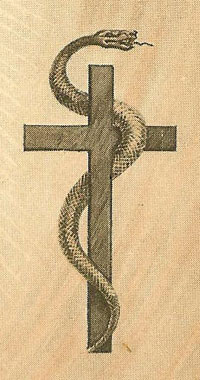 The ancient teachings from the myths and legends of the dying and resurrecting god were crystallised into a dogma of a man in time and space and the grand mythos of the soul was thus materialised and foisted onto the people as history, and the True Light was subsequently persecuted for not holding to this invented religion. Thus the Church was enabled to rule the people by fear of the consequence of death or torture, and any intelligent person can see here that the teachings of true Christian values had been raped and twisted into a way by which the people were forced into subjection by despotic authority. If Paul were still alive he would have nominated this as the Church of Worldly Values, and not after Christ.

Because most churches the world over survive by the dogmas and traditions handed down from this fabrication of the Truth nothing will change until an honest appraisal of these dogmas is made and the western churches become aware of the inner truths – the Gnosis. Unfortunately the legacy from false indoctrination is that most of the clergy within the established churches will not examine the Gnosis, or Gnosticism as it has been called, because they have been taught that it is of the ‘devil,’ and thereby miss the real meaning for their ‘deliverance from evil’ It is through these ‘false vestiges of truth,’ as it has been described, of the established Christian Church that we have found many Christians who are afraid to mention or even try to understand the meaning of the word gnosis. The devil has done his work well! The whole worldly church is built upon fear whilst the true Church of Christ is built upon Truth and Love.

The True Christ is symbolised as ‘The Anointed of God’, and not after man. From the writings of the ancient teachers, and also from our hidden guardians, Christ is an in-built principle of our solar system and it cannot be interfered with neither can any human alter it. The Gnosis of God represents that knowledge which is gained by following a discipline of self-purification and right thinking and living – it is the knowledge that is known within a person who follows the Secret way of enlightenment and no other can come to know unless they follow the same path. Paul in his Epistles in the New Testament frequently uses the word gnosis to denote this inner knowledge, and the Master Jeshua uses it in St. Luke’s Gospel, Chap:11 – the word gnosis appears here in the original Greek from which the English version is translated. From a study of Paul’s writings one will readily see that Paul differentiates between the worldly teachings and the teachings of the Christ.

In 1953, Richard, Duc de Palatine began the restoration of the Gnosis in this century under diverse designations culminating in The Brotherhood and Order of the Pleroma; first in England and then in the United States. Therefore, The Pleroma can rightly claim to be the moral and legal successor of the ancient Gnostic Philosophy beginning with Pythagoras.